https://github.com/SHMakerspace/Branding/blob/master/output/sticker.png.
Looked at this example which I would just use if it wasnt for the fact the URL goes to the old wiki.
I quite like the URL Font if anyone knows what it is?

Planning on getting some stickers. Looking at using @sarahlouise suggestion of Instantprint

Awesome ! yeah that sticker design looks good, shame about it pointing to the old wiki…

@AndrewPatience this Branding/logo.svg at master · SHMakerspace/Branding · GitHub is probably showing the wrong font your end because the fonts used are not installed on your system. You would need to install:

SHM Logo. Contribute to SHMakerspace/Branding development by creating an account on GitHub.

You can google how to install truetype fonts for the OS of your choice.

Hi guys, I’m looking for the logo in the github repository, I can spot what I think is an older version in branding, is there a current one I haven’t spotted ?

@stochastic_forest I belive this is what you are after for editing. https://github.com/SHMakerspace/Branding/blob/master/Logo/Logo.psd

I’ve installed all the github fonts now work well, now just need to figure out which one is the correct one to use or does is not matter.

Thanks @AndrewPatience , does that work for those that don’t have windows or own a copy of photoshop ?

I tried an inkscape plugin but it didn’t seem able to import it.

Andrew have you had any luck in opening that .psd file? I can’t seem to edit it, in GIMP or Inkscape. I’ve put a Github issue here

The latest stuff is all in Inkscape. The original design was a PSD, but I converted it to SVG. The fonts are all in the repository, so small variations should be trivial to achieve.

Thanks @Cylindric , would you give me a pointer to the latest stuff ?

It’s the file “logo.svg” in the Logo folder in the branding repo.

That doesn’t have the right fonts on though does it ?

As I had the fonts installed, this is a github, what you see isn’t what you get thing ?

Could someone add this logo which includes a strapline to the logo section of the repository for me as I don’t think I have access rights , many thanks

@Jagmills thank you for that

Having another look at our logo and discovered that the gears behind the logo, in Logo.psd are in different places than other versions. (or is it just me)? 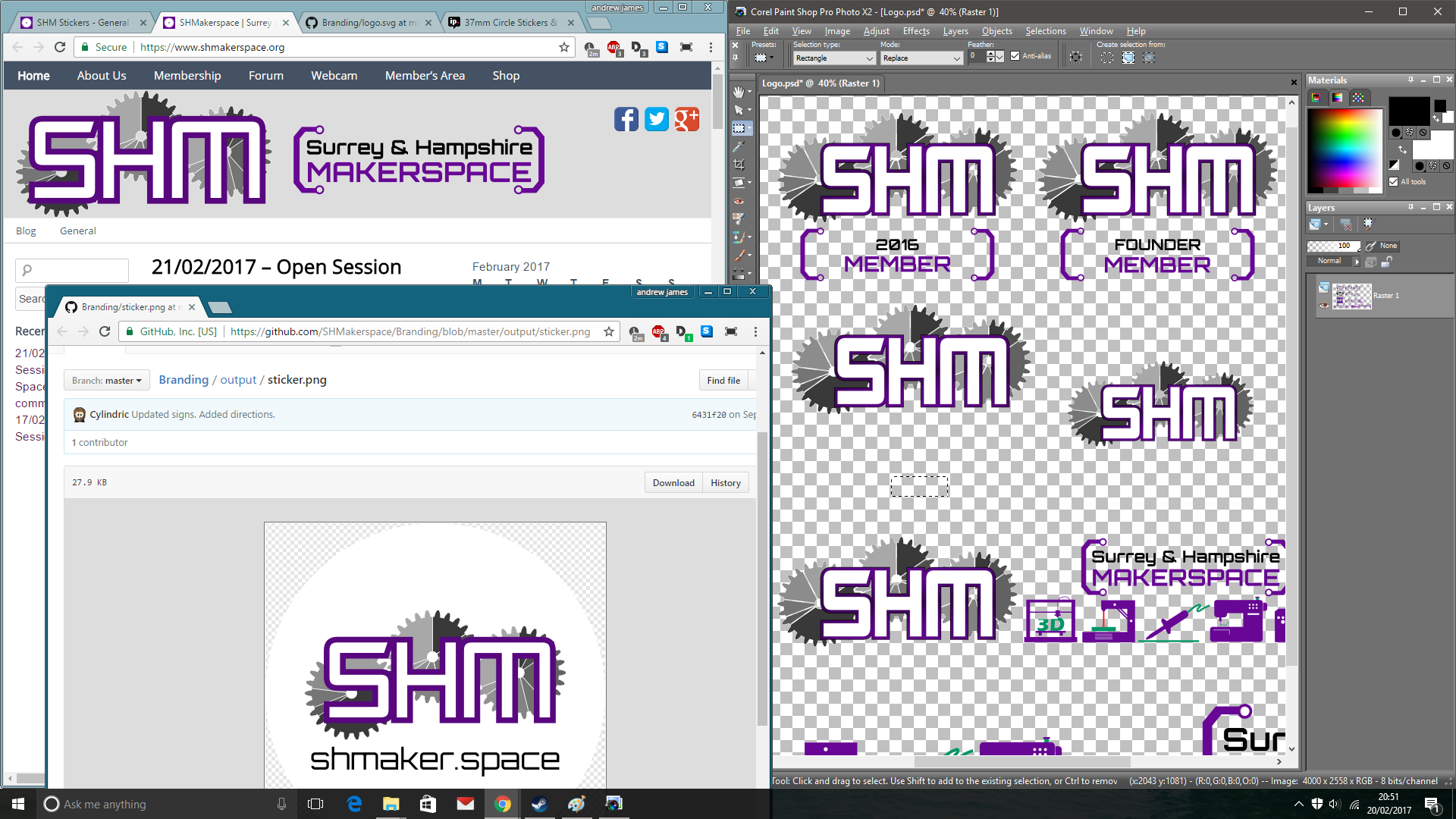 Screenshot for those without photo editing software to hand.

Had a look at coming up with some other designs but I think the original simple design is still best.
Sticker Printout.pdf (465.2 KB) Printout with sizes of proposed stickers, 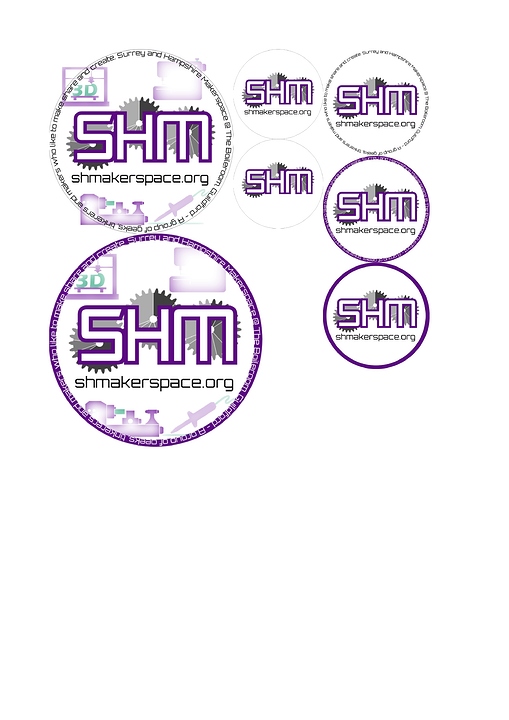 I like the text around the edge! I think my favourite is the top right one, which looks less ‘busy’ to me.
I also like the plain purple border too.