Raspberry Pi Jam - at the space!

So one discussion that came up in the AGM was events to host. We’ve had some suggestions for socials and various workshops, but one I think would be good to throw out for organising first was the Raspberry Pi Jam suggestion.

As we have a seasoned Jam expert in our midst, @Winkleink, do you think you would be interested in hosting the first Pi Jam hosted by SHM?

We will be able to book the venue downstairs for this (and of course other events), and would be a nice way to promote the space.

Definitely up for it.

To me to do this right SHM needs to go BIG.
Have a number of things on show that are impressive and engaging.

Are there any quiet spaces downstairs that could be used for small workshops.
I’d expect many of us have a few Raspberry Pis knocking around that could be pressed into service.

What projects have we got that would make a good show and tell.
What could we do in a 45 minute session for people interested in learning.

Last night I was messing withe Scratch on the Pi with the Sense Hat and made a simple game.
It’s amazing how even a game like this will engage people.

For me Sunday’s work best. Wife and kids own Saturday.

Yes my fault, I made a poor assumption

I blame being too excited about the idea!

Being excited is a good thing.

I haven’t made it to the other Jam in Guildford but I ave a feeling with the expertise and capability of the people at the SHM we can so something more inspiring and engaging.

I’m new here and will be going to the open night tomorrow. Just thought I’d throw in that I’ve recently made an IPPBX phone system run on a Pi 3 and Zero. It’s not too tricky and the results are nearly free telephony, might be an interesting one for your Jam

Coming back to the topic of a Tech (Raspberry) Jam at the Makerspace/The Boileroom.
What do we need to get permission to use the main hall?
What is availability like?
What do we want it to be.
Sell the benefits of becoming a member of the Makerspace
Engage with the community
Showcase what we’ve built
Follow up from Innovate

I mentioned above Sunday afternoons work best for me.

To me a local event is a great way to get publicity and bring in new people.
With the University of Surrey on our door step I’d expect there to be a ready supply of people interested in making and creating, not just from Electronics and Computing, but also Liberal Arts and Digital Media.

We could become their de facto location to do their builds and share ideas outside the University.

So, who’s in for making it happen.
We can sort out the finer details later.

The boileroom events calendar is here, that rules out some times.
Social cinema on a Sunday is normally an evening event so shouldn’t clash. I think I heard that the library might be considering a Pi Jam in April, but I can’t see any details on the web as yet.

Hi @Winkleink, how long before the event would publicity for a Jam typically start ?

I try to give 2 months notice so people can get themselves organised especially if we want others to come and do show and tell or run workshops or do talks.

A minimum of a month if we’re going to provide 90% of the things to interact with and do.

I think if we want any media advertisement two months would be good. There are a few local papers and community magazines that publish a list of events in the area.
Second idea was to get a advert on local radio (eagle) a free public event is probably going to be alot easier get a mention for.
It may be a good way to publicise SHM is general. Only concern is that over-advertising may lead to a larger than expected turnout.

With Summer holidays soon upon us I have a feeling we may need to plan for September.
As of now the 17th September would work for me.
17th is Social Cinema and I’ve emailed them to ask if we were out by 5:30pm would that be enough time for them to set up. If not, of course it doesn’t work.

Let’s just pick a date and make it happen.
The nature of Jams is others make it better. People attending will bring their show and tell stuff and then we can do a few workshops and talking. Including ‘What can your Makerspace do for you’

Most Jams are 3-4 hours long so don’t need a lot of planning.

The Raspberry Pi Foundation also released a Guide for new Jams and there is the option to apply for a starter kit that includes some ready made worksheets and a few components. I think the components are Pi-stop. Small traffic light LEDs that plug straight onto the GPIO header.
If we pick a date and submit to the Raspberry Pi website then we can apply for the kit.

More details and link to download the guide and apply for start kit is here https://www.raspberrypi.org/blog/support-raspberry-jam-community/ 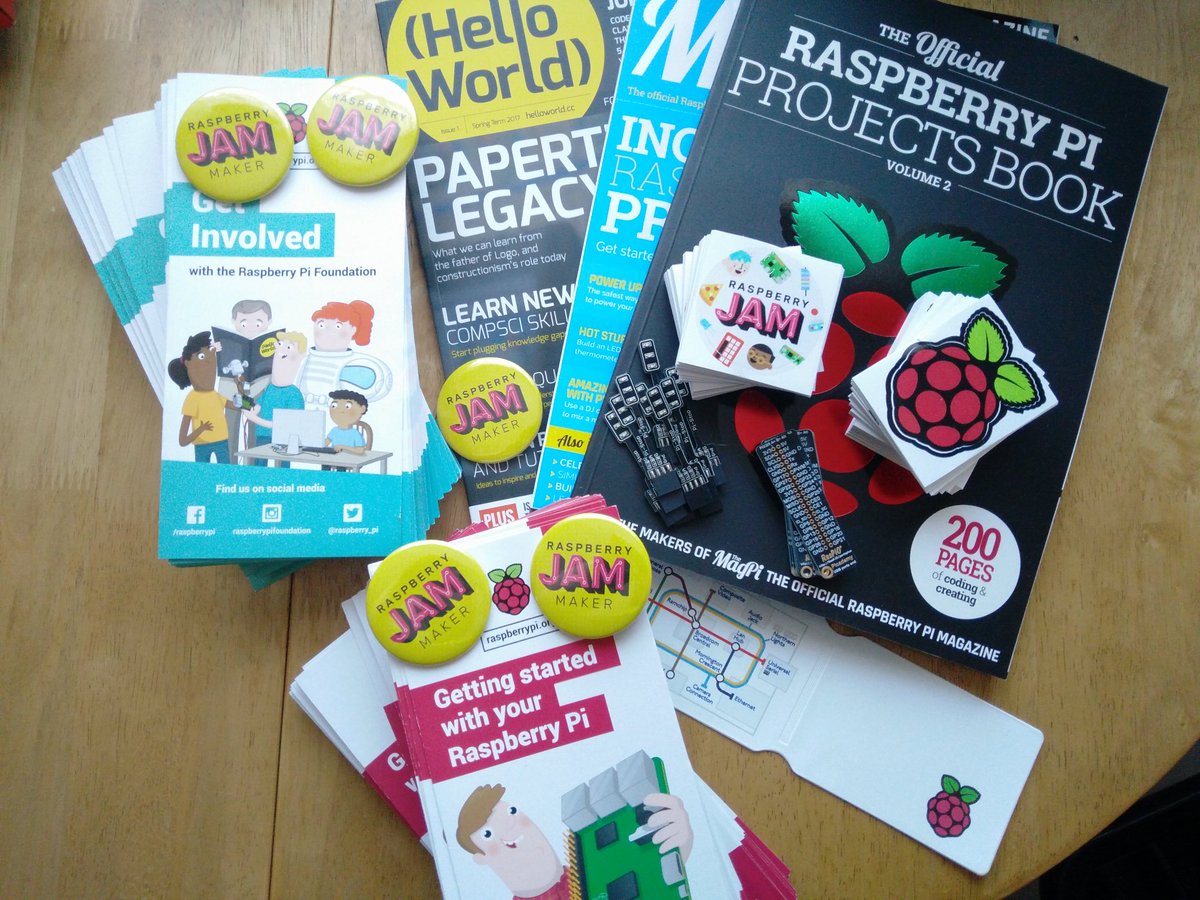 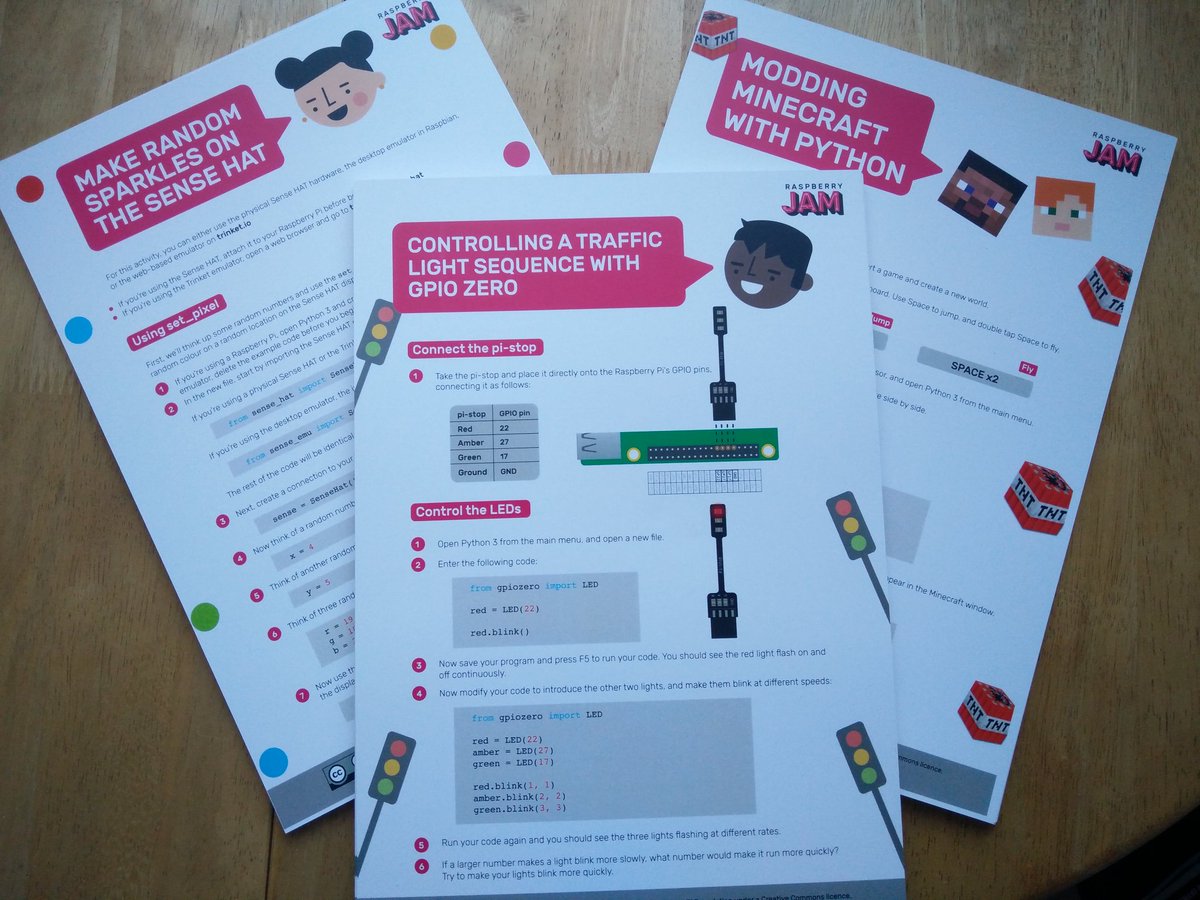 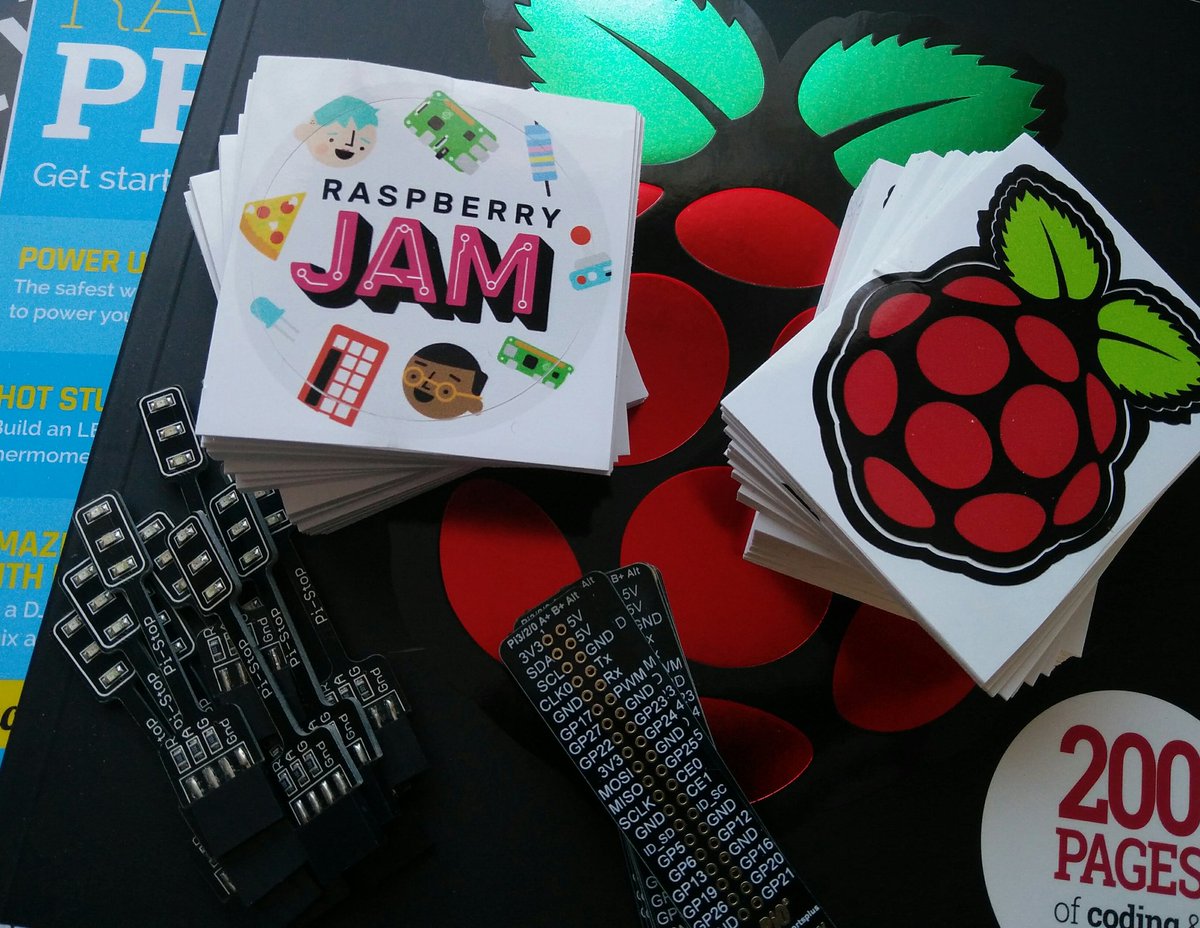 The little boards are pi-stops that do traffic light. Seem to have 10 in the pack.
Comes with the resources to show how to program them using Python, so a workshop using them would be super simple to arrange.

Hello. I am new to this forum - I haven’t yet been to an open session but I have attended previous Guildford and Cambridge Raspberry Jams, both presenting talks and helping with various workshops in Scratch, Python, NodeRed and Minecraft integration. I’d be interesting in helping out - I should be able to adapt to whatever workshop topics are chosen.

Thank you for dropping by @MatrixCat, welcome to the forum, I think we chatted at the Woking MakerDay. It would be great to have you contribute your knowledge and experience to a Jam at the Boileroom, thank you very much for offering.

I have a recollection of you saying that you had approached the Boileroom about possible dates in Sept, have you heard anything back ?

I contacted Social Cinema as they do Sunday’s to see if there wold be a clash if we did something during the day. No reply.

Who do we need to talk to.
I haven’t been at them Space enough to know the logistics of the venue.

Also there’s a phone number on the website: http://www.theboileroom.net/contact/

Hi are you guys there tonight?

Hi there Samuel, we certainly are! We’re all the in garden at the moment enjoying some food