Was checking to see what is going on in the area and saw that Innovate Guildford is announced for 2017.
It’s on the 4th of March.
https://www.guildford.gov.uk/innovateguildford

Is anyone from the Space talking to the organisers?

I’ve mailed twice, both times the email bounced, I need to call somebody at the council.

I’ve contacted Guildford Council, and subject to confirmation, they are happy to have us attend Innovate Guildford again in 2017.

Now we just have to plan our exhibits

I can’t make it on the day (daughter’s birthday) but what kinds of things work.
Over the past while I’ve made a few different things using the Raspberry Pi and Arduino that might be fun on the days.

The two biggest hits recently are:

buttonFlash needs a bit more space while ZeroBall is more compact.
Both need a bit of maintenance done to them but could be ready for 4th March.(Raspberry Pi Birthday bash weekend as well)

If there is wifi then I also have a Pi3 green screen thing that Tweeted picture.
Needs good lighting so expect the desktop version with Lego/PlayMobil might be more suitable.
It worked OK in Wimbledon but at the Horsham Jam the light in the room was too dull so it was difficult to remove the background without also removing the person.

I suspect the mind controlled Flappy Brain wouldn’t work with all the stimulation at the event and the electrical interference.

May be suitable for a different event.

Thanks @Winkleink, the button flash tubes look fantastic, is the video representative of the type of floor area you need for them to work well ? We might need to give consideration to this when asking for stand space at the show.

Zero ball seems like a lot of fun too, I look forward to trying it out !

There should be wi-fi and GBC were quite keen on people tweeting things throughout the event last time so the green screen app might be a runner too.

buttonFlash can be adapted to use a spike to hold the Pringles cans in place rather than a non-tip base.
So, should be good for a field.
The goal was to build something that could be used at a school Summer Fair that would be held on the playing field.

Sounds like a plan is coming together for Innovate.

Given the current popularity of robots in the media, I’m was wondering if anyone could hack together a robot themed exhibit either with an arm, we have at least one in kit form at the space, or maybe as an autonomous vehicle for us to disply ?

Event information can be found here.

Members wishing to provide exhibits, help out with transporting exhibits and stand materials, setting up, breaking down, representing the space on the stand should let me know by the 20th of Feb 2017.

This is a our foremost opportunity to showcase our space and inspire people to join us, so it would be brilliant to have some exciting exhibits to display.

I’m happy to lend a hand on the day.

Hopefully I can retrieve the motorised heartgear to display and my SHM glowing LED sign should be finished by then.

Apparently we need PAT certificates to send to the Council before we attend.
If anyone has certificates for equipment they intend to bring could they forward them to me.

If you need equipment tested, there may be an opportunity at the Boileroom on Sunday afternoon when their electrician is on site, but I’m still waiting for confirmation on this.

How are we for business cards, flyers, membership forms etc. for this one?

(Think I should be covered for PAT testing, the lapdock was tested last Aug and our mains extension cable is covered by band PAT testing - I can dig out the paperwork for this if required…)

@Claire_Lonsdale I@m working on leaflets now. If you have some paperwork I could send to the council
that would be great!

Forwarded. Cheers! (The other useful thing is if Julian decides to bring a home-made instrument to demo and brings an amp, that’s also covered by the same PAT documentation).
Claire

Our printer was a big success at Innovate Guildford 2016, hopefully this year will follow suit. 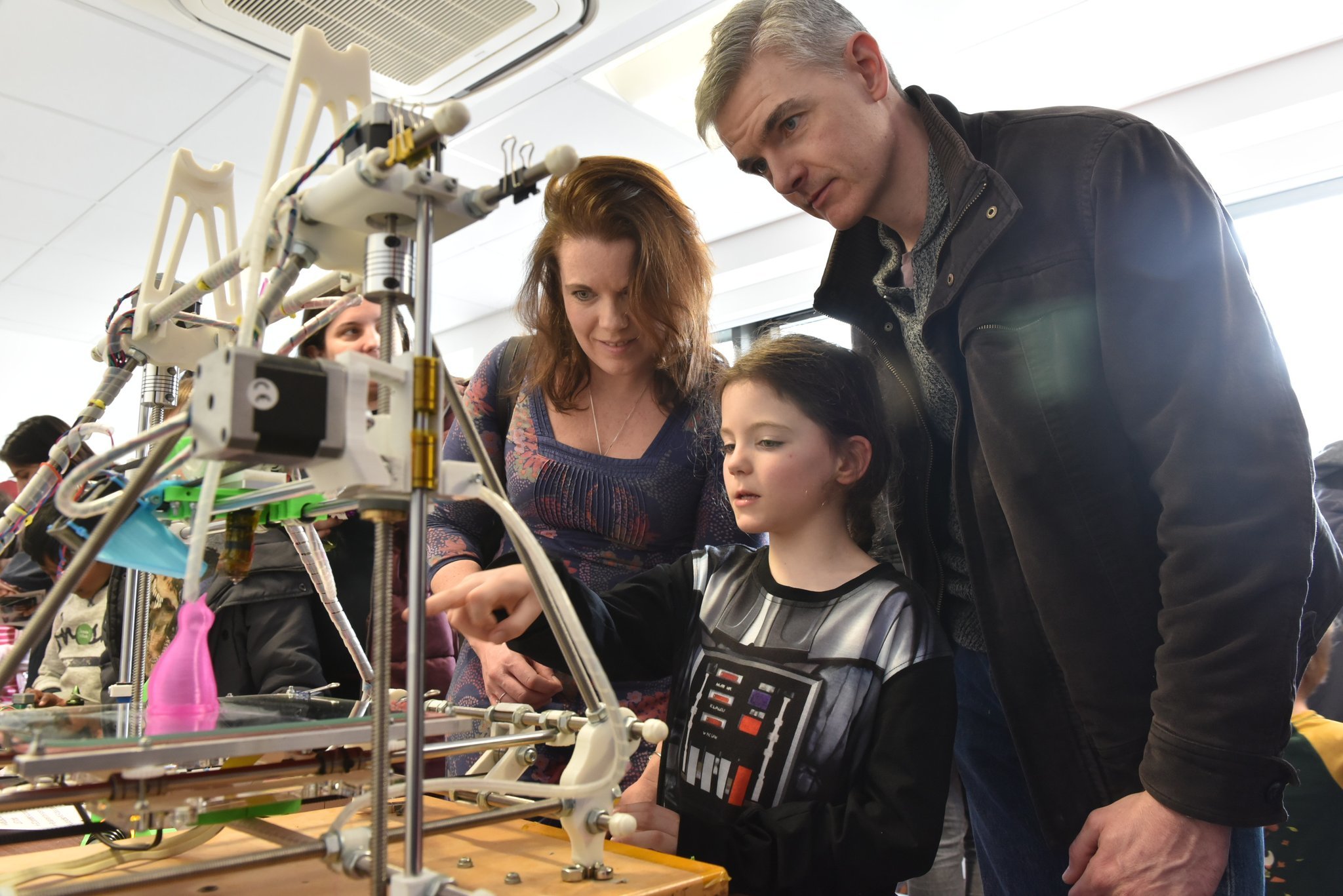 Looks like we have a 3mx3m space in the auditorium.
Setup can begin any time after 7:00am via the stage door.

When do doors open to the public? Will try to get there before, but suspect not as early as 7

Asking my usual boring question here since I can’t remember from last year - do stallholders get some sort of lunch (sandwiches, like at the Makerfaires) or are we fending for ourselves?
thanks

Some of us may be meeting up at the space before going up to G-Live, exact time to be defined

Do we have a plan for logistics of moving things from boileroom. Also thinking whether or not to travel by car or train (leaving display items at boileroom Friday).

@AndrewPatience Good question, we could use our two parking permits to ferry things up from the space on the day, it’s only a couple of minutes drive and maybe five minutes walk.