SHM Filament Store and Dispenser
Having finally got our 3D printer into a workable state it needed a permanent home, rather than just perching on a surface stealing valuable bench space. So we decided to put in into one of our large storage units. Great idea you say ! Of course you are right, but how on earth do we store and smoothly feed filament to the printer from the large 2 kilo reels of 3mm PLA that were kindly donated to us?

Our solution of choice was to put the reels outside of the cabinet, thereby minimising the loss of shelf space.

Being of a parsimonious mindset we looked around the SHM Makerspace to see what materials might be utilised for the build.

Filament Dispenser Brackets
These were made from some offcuts from our Reuleaux triangle stool build, which itself was made from laminated discarded ply. The ubiquitous all purpose offcuts of plastic plumbing pipe from the geodesic dome build were used as spindle holders. The pipe fits snugly into a 34mm hole drilled into the edge profile of the shelf support. 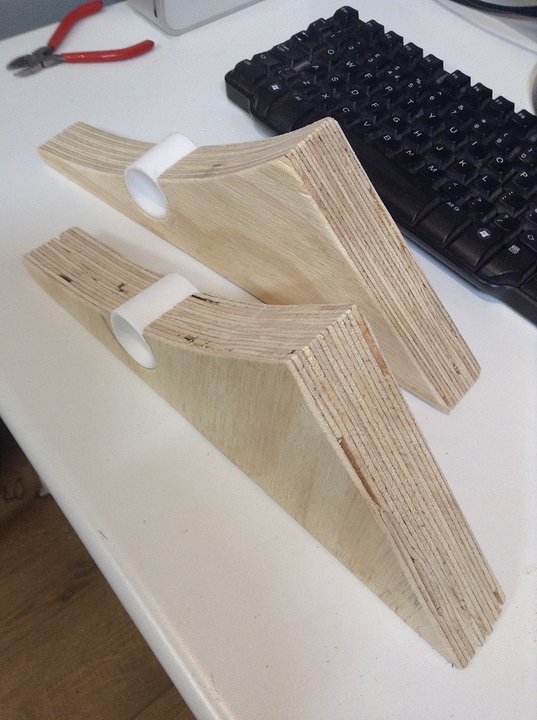 Filament Feed Through
We designed a parametric feed through tube and mounting in openSCAD to allow the filament to pass through the cabinet wall, the tube angle was set at 30 degrees to the mounting axis. Two of them were produced on the SHM Makerspace printer and bolted together through the cabinet side. 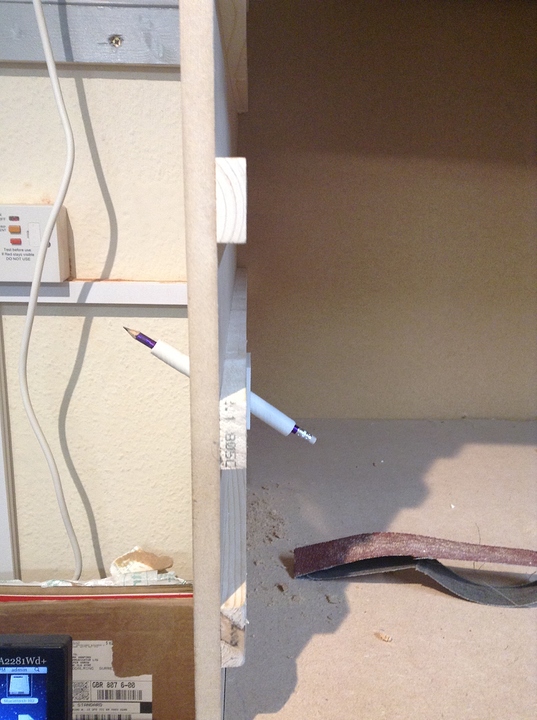 Mounting
Each bracket was mounted on the side of the storage unit with a pair of screws. 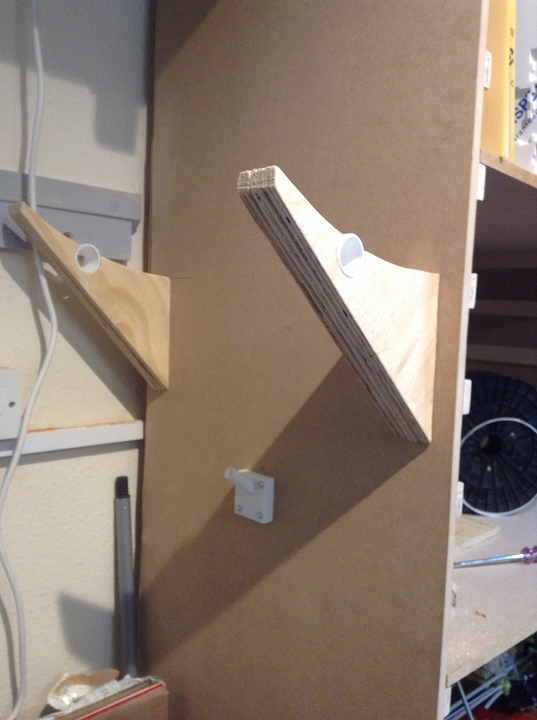 Spindle
The spindle to hold the filament was an old piece of pine curtain rail, complete with a fine finial, reclaimed from the original space conversion. 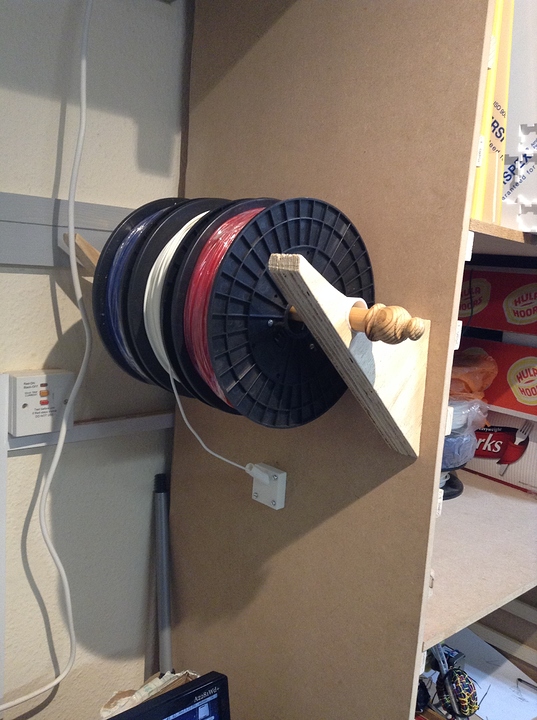 Shelf feed and installation
The final step is to feed the filament through the shelf to the printer. For the moment we’ve just drilled a hole in the storage shelf above the printer until we work on a design for a 30 degree overhang feeder tube. 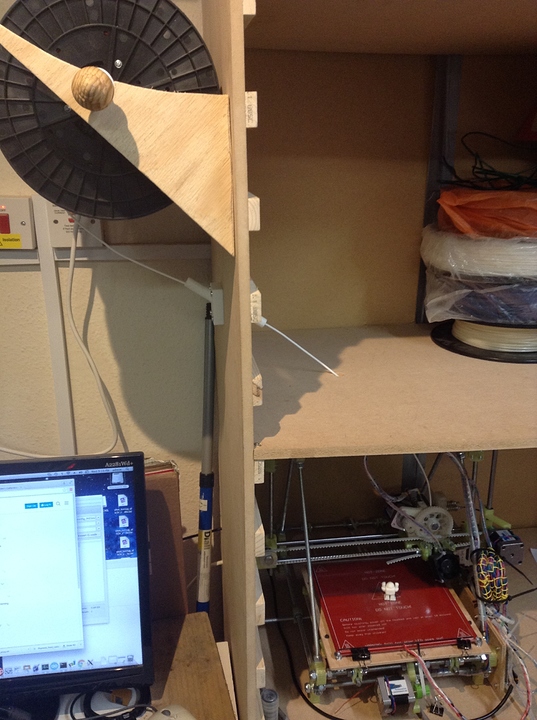 That is most impressive. The final product looks really polished! Good job guys, this is certainly a blogworthy post

I like the creative storage shelf top too, simple and elegant.

I’d maybe add some sort of guard to the filament inside and above the shelf - just to stop wayward things placed on it, maybe a job for the laser?