Saw a really simple yet fab project that I’d like to make.

Basically a stripped down mouse and a smooth rotary encoder = a control knob for tuning a software radio receiver. I quite fancy turning a solid metal knob to go on it, and finding a small, slanted enclosure for it all to go in.

There’s a variety of encoders out there. The original project uses a non detented encoder, i.e. it has no clicks when you turn it. I’d quite like that smooth operation too, so an EC16 type encoder is what’s required.

I like the look of this ebay listing for one, which has a metal shaft which has to be pushed in to tune. If it’s not, the value isn’t changed, which sounds useful for an environment where it may get knocked accidentally.

Sadly there are no sloping enclosures that are the size I had in mind. I am thinking something relatively small, but hefty - much like my 3D mouse. Thus I shall likely DIY the enclosure out of wood or metal.

Enough space inside for the mouse gubbins is necessary, plus I’ll leave a little extra if I want to replace it with a Teensy instead.

Again, nothing quite what I had in mind is available from the usual suppliers - although a simple aluminium dial, turned on the lathe and knurled, will be quite minimalist and aesthetic.

I’m thinking one big Neutrik USB panel connector on the back. 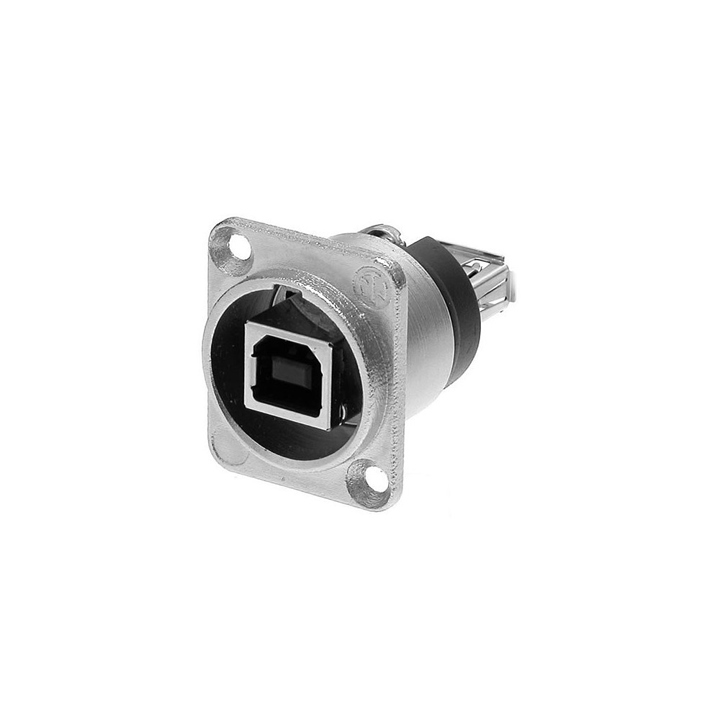 A render of a simple, rough idea.

The knob is 55mm in diameter. I think making the case lower (so the end of the slope is almost desk level) is kind of what I’m after.

I also think adding a metal ‘base’ for added weight would be nice too.

The dial looks a bit comically thick now, but again, getting there!

Hello, I am james (M0JFP) from the Chertsey radio club, we met some of the makers at the Egham Raspberry Jam on Sunday.

I have just been looking over the projects, this is one that i looked at some time back and never got around to even starting.

I have a small 7 inch lynch tablet which i use for SDR when portable, as you can imagine its very fiddly to use.
I’d like to also build an external controller to overcome this limitation.

I’m wondering once you have this working if its something we could easily replicate and maybe do one of our virtual-build-a-thon’s with it.

I also wonder if the SDR were attached to a raspberry pi(3) a case could be built around it and a 7 inch screen with the controller knobs (maybe even a volume / squelch) and maybe a boxed kit could be created?

Very interested to say hello and see how you are getting on with this make?

Thanks for commenting, this project took a bit of a back seat for a bit. I am still waiting on getting my Lime SDR, so my HAM activities paused for a bit. It is on its way and is arriving any day now, and once I have it in my hands I expect I will be finishing this as well as some other radio projects I have.

This would be very easy to add - similar to the video, it is essentially a mouse scroll wheel. I will be putting a small microcontroller inside, so it would be easy to reconfigure the dial to emulate any other key or button presses instead if you needed more than one.

One idea I have seen is that some software allows MIDI control, which opens up a wealth of options such as this rotary MIDI controller for as many knobs you can shake a stick at.

I just liked the idea of having one very nice feeling dial for tuning. I have all the materials now, just need to get it working!