Just seen an advert for Screwfix Live in Farnborough.
Just curious to know if any one has been before and knows if worth going.

Doesn’t seem to cost anything. Dates are 30th September to 2nd October.
http://screwfixlive.com/

Hi Andrew, I went last year, I think I spent a couple of hours there, that was all it needed, I don’t know if it’s bigger this year. There were a few specials from screwfix that were tempting, I got a nice metal storage case for a tenner, it may depend if you are looking for anything specific from one of the exhibitors.

I’ll be popping along on Saturday.

I’ll be going along on Saturday too!

what time are you going?

I might sneak out for a quick look about then…

I’ll be the one unboxing and scuffing some tool or other so that SWMBO doesn’t realise it’s something new I’ve just bought, when I take it home.

Slight change of plan, We’ll be there from about 9:30. Need to get out early enough to go car shopping.

Well, for future reference, it was good fun and well worth a visit. Lots of nice new toys to look at and play with. Blanked 10% discount on everything, and then most vendors had an additional show discount too.

Didn’t take too long really, I’d allow maybe two and a half hours, unless you’re with someone that can’t decide on a drill/driver combo set[1], then maybe allow 3-4 hours. 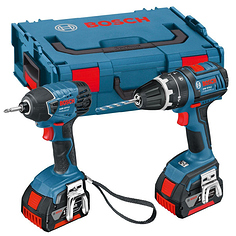