Not sure how much further this will run than any of my other projects, but after seeing RetroPi I fancy building a (not so) little portable gaming/media thing based on it.

Total cost about £120, although a bunch of that stuff I already had and so doesn’t count!

Nothing fancy yet, just installed the distro. 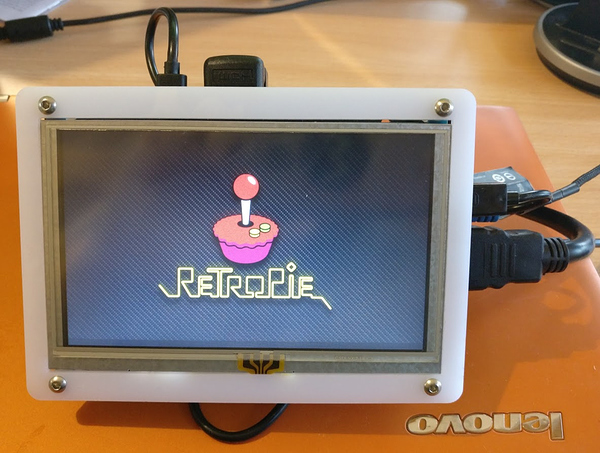 For a better HDMI cable, I was thinking one of these:

Although it would be nice to find one cheaper than £12.

Nice project! I have a couple of RetroPie machines. One in a PiCade and the other is attached to the TV in the lounge. Would be nice to have one in a totally portable form factor. I lust after the modded gameboy versions I see online all the time

Someone on IRC mentioned cutting open a HDMI cable.

I can confirm 2 things: 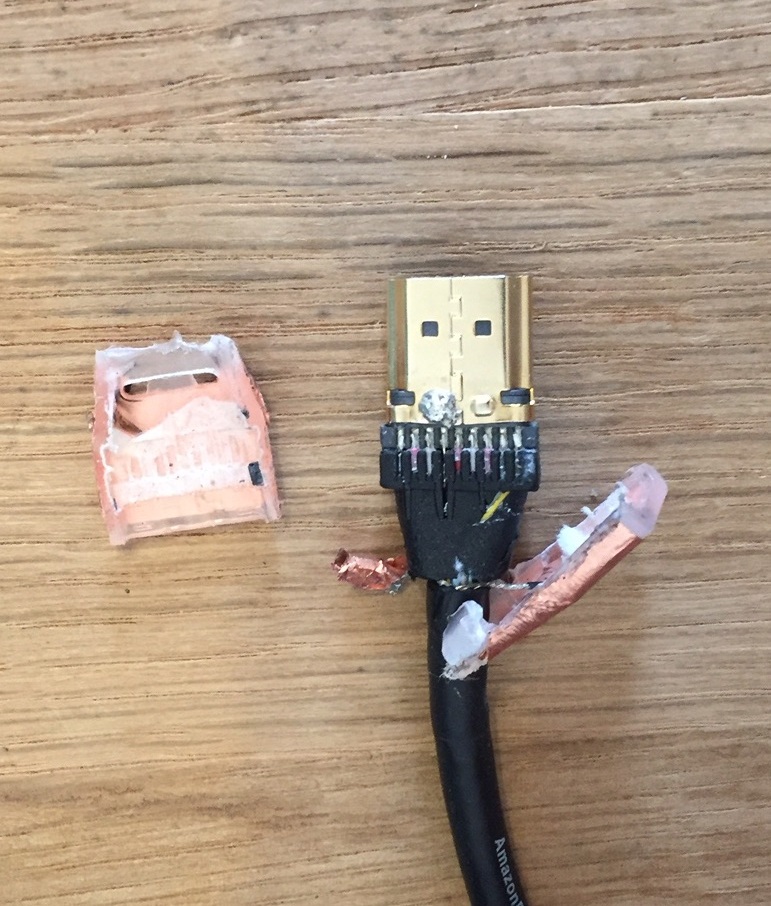 Suggestion of an appropriate HDMI cable: 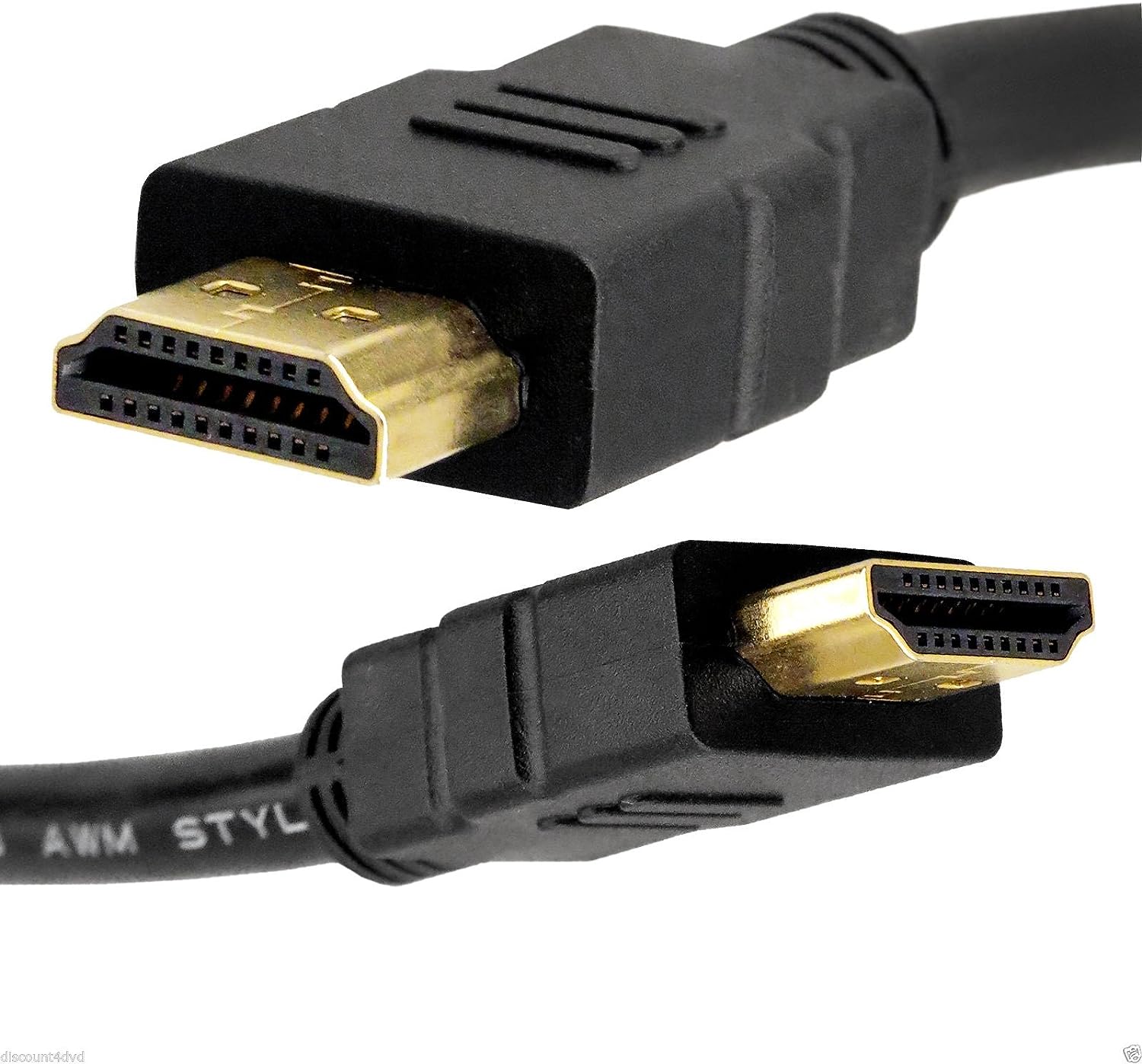 Introduction Do you want to play your PS3/PS4,Xbox 360,Blu-ray player, Laptop,Satellite disc, or other HDMI enabled device on your big-screen HD TV or PC monitor ? Then this REALMAX® HDMI cable is the answer. High Speed Function REALMAX® HDMI gold...

It even has a cutaway photo which shows the shell ripe for hacking.

Also, the flat cable ones would probably be even better. I have at least one cheaply made flat one lying around somewhere which came with another product so they can’t be that uncommon.

I’ve done a few of these projects in the past and the HDMI cable is by far the biggest pain in the neck. The closest I’ve found to being suitable is:

Using this cable I’ve managed to cram a 5" screen, RPi Zero, WIFI dongle, audio filter, amp, speakers and some controls into a wedding album - so it would be possible to watch videos whilst looking through the photo’s too. Turned out not too bad

I also grabbed one of these from Amazon when they were reduced to a few pounds:

Eventually managed to get a screen, RPi-3 and all the extras inside the case. Put additional buttons to for start/select/coin insert etc too. Sadly, the joystick on these is pretty poor, but still sufficient enough for a little retro dabble now and then.

I am in the process of building a more traditional “arcade cabinet” form-factor for now, so have a bit more space to play with. I’ll worry about the super-compact version after that I think.