What are the plans, if any, for tomorrow’s hack session? What time will somebody with a key be there?

Are there any particulate activities planned (eg shelf building, etc)?

Not sure about anyone else (perhaps @stochastic_forest will be there earlier?) but I hope to be there between about 17:30 and 18:00. As the BR is basically closed today, my main goal is to get the main electrical isolation installed ASAP, because we’ll be able to kill the main power for a while. So my job is going to be running all the cabling and installing the sockets etc.

I will also be wiring electrics, and should be there for about 17:30.

At the moment the second shelving unit is a PITA to manufacture, so I’ll be doing it myself tomorrow (I did the first one).

Then next on the agenda will be making benches and sourcing chairs.

One thing we’ll need to start considering is moving all of our stuff over from Games Galaxy, but @gingebot has just returned from holiday so is likely recouperating

we’ll need volunteers to ferry things across at some point.

Photos are few because time was short, but we managed to get the BR power turned off for a short time and get our own isolation installed. The wiring in the building is a little… esoteric" - a fuse was found that turned some of the sockets off, and one for the lights. The one we wanted also took out the tills and ovens in the Chinese takeaway…

Still, we can now isolate all our stuff, with some RCD protection thrown in for good measure, and even a nice big emergency stop by the door in case someone gets their unmentionables caught in some piece of equipment.

Both MMSU are now also assembled and in place, and over the weekend we even got a bench made, and thanks to @gingebot some desks and chairs turned up, as did the pillar drill, bench grinder a whiteboard and some other stuff.

Cut off their supply … 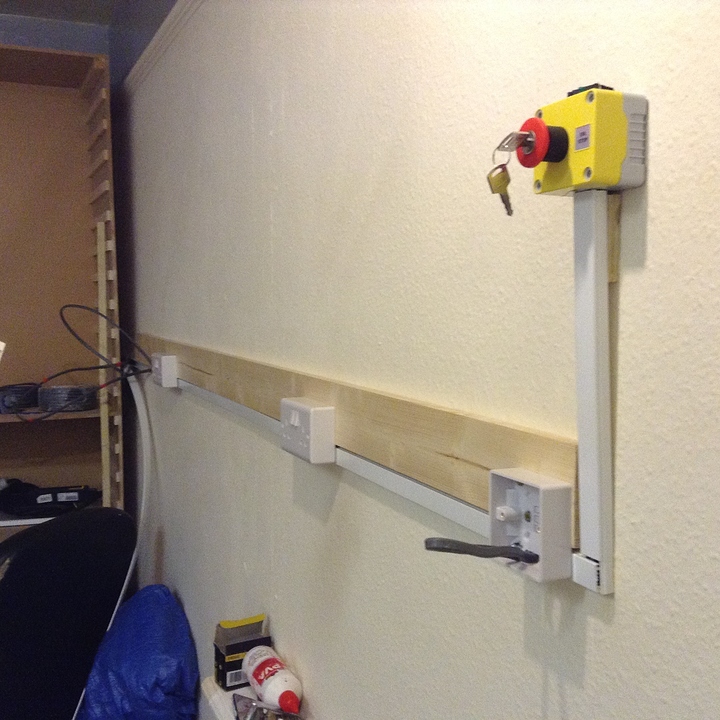 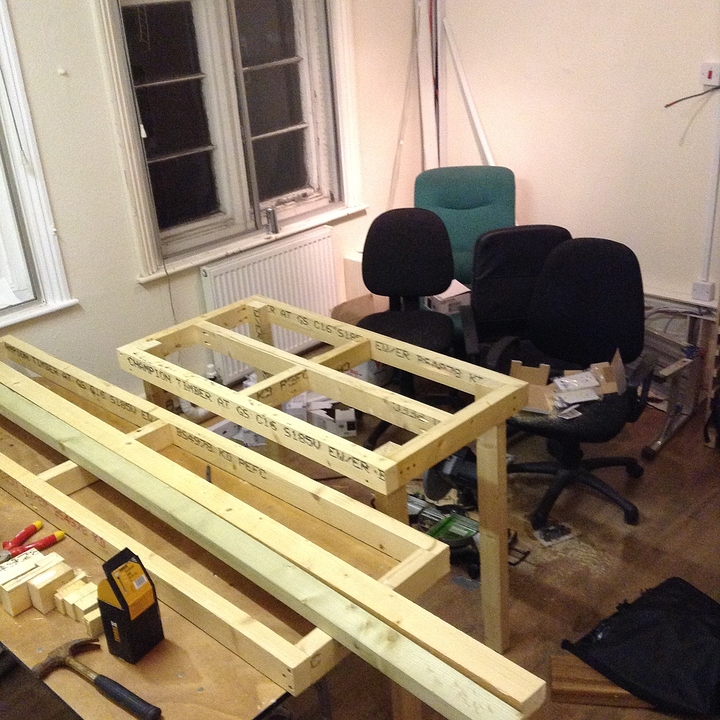