@florian has designed us a very swish laser cut cable tidy for the back of the space door. 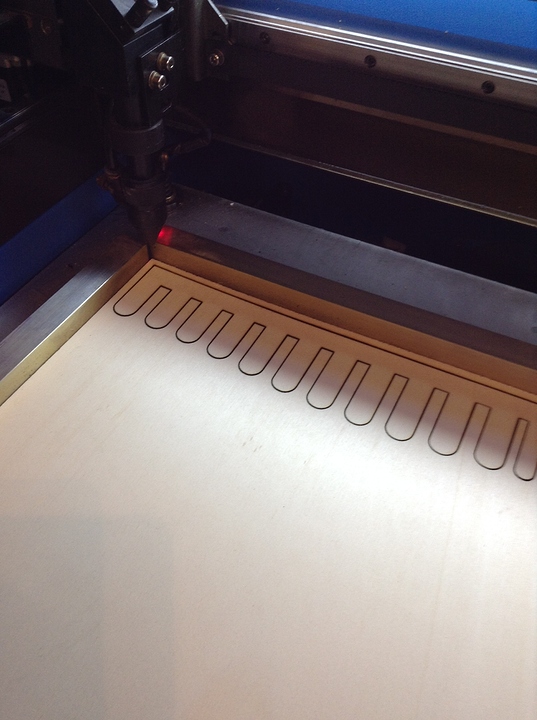 Installation of the cable tidy on the space door. 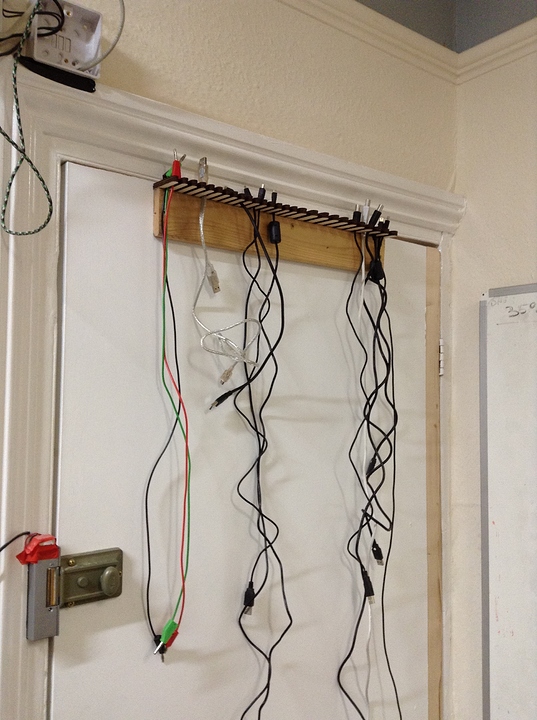 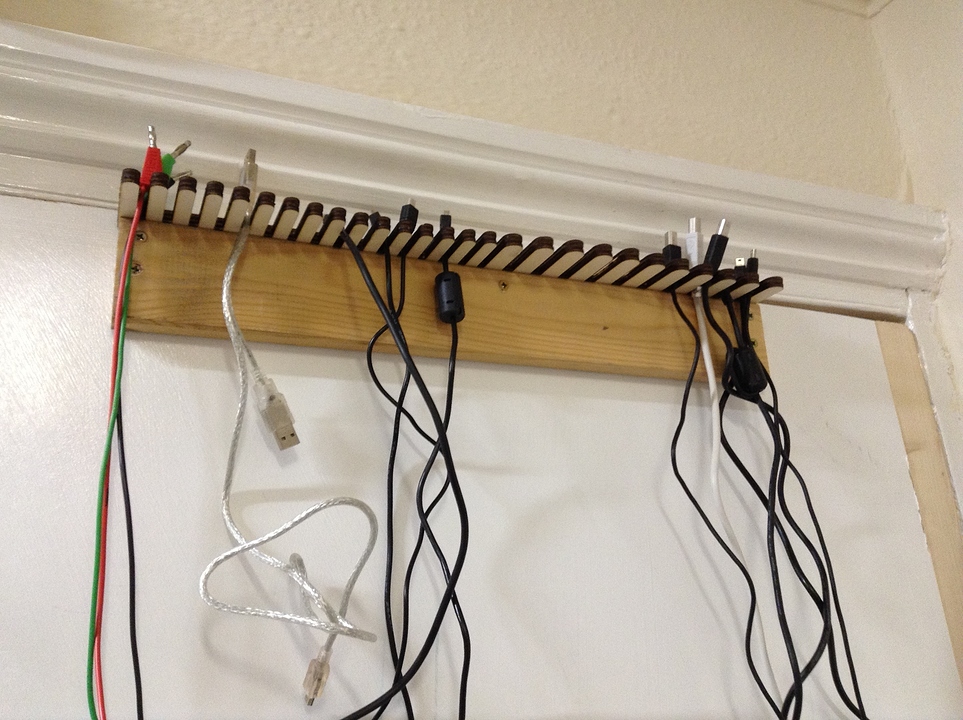 What material was used and how long did it take to cut?

3 layers were cut from 3mm ply and glued together, I think cutting time was around 10 mins a layer.

It’s good to have some examples of real world things, and how long they took.

I’m very interested to see if it’s possible to laser material such as this:

Which at 50mm is rather thick! Wonder how the laser would cope, and what would be the outcome of the cut.

The thickness isn’t really the problem, it’s the burn characteristics. The “in-focus” length of the laser is actually pretty long, you should be able to get a coherent, <0.5mm cut for several centimetres. The problem is one of power. Foam like that has a very low density compared to wood, so will cut okay, as long as the material is safe and suitable to do so.

Incidentally, polystyrene-based and polypropylene-based foams are right out. Too burny.

The above one (and most similar) are ABS, which I think is the glorious cyanide producing one.

Would be nice to make such tool inserts out of a similar, less death-inducing material.

It’s possible that something like Plastazote would be suitable. Needs some investigation though.

The precise cutting time was 7:10 min. in 6mm plywood. This is the OPENSCAD that generated the teeth.