A label printer might be nice - perhaps a desktop one, rather than a handheld labeller.

I can envisage us needing one - perhaps for tracking things we own, name badges for visitors, “Do Not Hack” on items etc.

@mrdino may be our resident expert here

I used to have something similar to this, which could act as an independent hand-held unit, but also be hooked to a PC to print stuff from a CSV list, or with symbols not available on the device itself 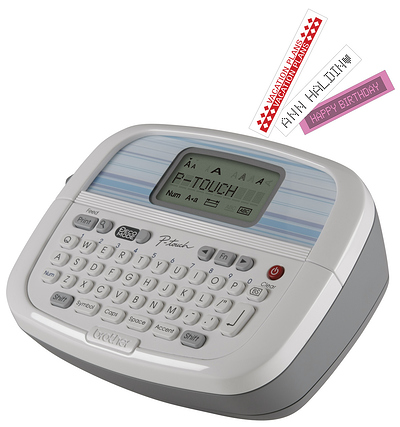 I think I’ve got an old Dymo digital label printer kicking about that the space can have.

It came to me from a friend a while back and I haven’t used it, as far as I know it works. I’ll dig it out and post the details.

I’ve dug out the printer and it seems to work still. The printer is a DYMO LabelWriter 330 Turbo, with an generous assortment of labels to go with it.

It will need to be connected to a computer of some sort to function. So if we want a self contained keyboard inclusive unit we’ll need to get something else instead.

NOTE:
The printer would need 1x USB B lead (chunky USB connector often used for printers), with a fairly small connector as it sits in the recess under the printer.

The printer enjoys a diet of postscript and suitable labels (up to 2.3" wide), and is apparently able to socialise well with computers running Windows, OSX, and most flavours of Linux.