A nice, “skookum” vice for the space would be very useful. It’s an idea that we’ll have one very strong bench for general heavy duty tasks, which could have something like this in place. 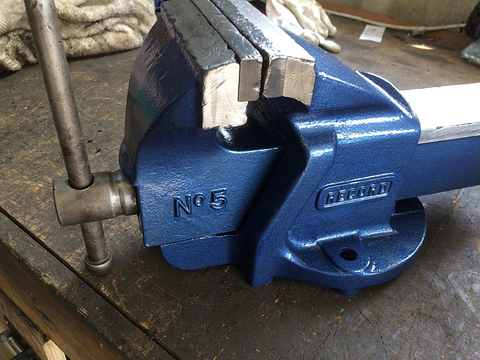 They aren’t too bad on ebay (I am a fan of Record tools so that’s what I’ve been searching for), but someone might have one lying around they’d be willing to donate?

I can certainly recommend them - I have a lovely Record 23 that I was donated by my neighbour. It’s big enough to double as a bear trap.

Some of you may have seen my portable vice at the space this Friday, for those of you who didn’t here is a link which shows some of its functions.

It has been produced in a variety of incarnations in Switzerland and the far east, Zyliss Vice, SwissRex Gripmaster etc.

Though not a direct replacement for a proper bench vice, it is pretty sturdy and can perform a range of useful tasks, with the advantage that it can easily be packed away and doesn’t need permanent bench real estate.

It could probably be picked up on ebay for £40 or less.

That really is an impressively engineered vice