A friend of mine is building a 747 flight deck simulator with the aim of maximum realism. To this end he is using genuine 747 parts interfaced into the simulator software. Most of the switches and indicators on the flight deck are wired up to USB capture cards and interfaced with the multiple simulation servers.

As you saw in part 1, there are various complex devices on the flight deck that talk over various protocols. The RCP in part 1 used ARINC 429. This post discusses interfacing the Audio Control Panel’s (ACPs). ACPs are essentially little audio mixers control surfaces for the headsets. They communicate to a remote audio mixing unit elsewhere on the aircraft.

I had no idea what protocol the ACPs used, only that it wasn’t ARINC 429 because the pin-out of the ACP doesn’t use ARINC 429 terminology, it uses terms like ‘Clock/Sync/Data In/Data Out’ which is far more like synchronous serial so that was Clue 1. Clue 2 was derived from the fact that when the top left button on the ACP is pressed, the ‘Data Out’ line goes to 12V which told me 2 things; 1. This is a 12V signalling protocol. 2. The button I pressed is effectively bit 0 in a parallel to serial shift register and just needs to be clocked out to get all the bits.

##Challenges encountered with this project 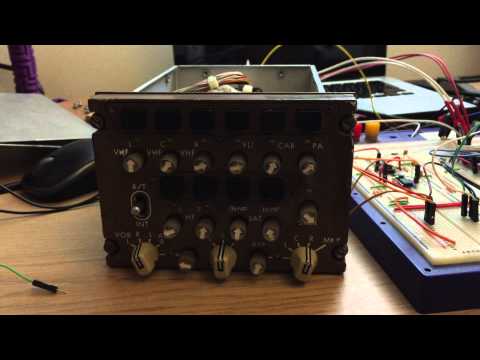 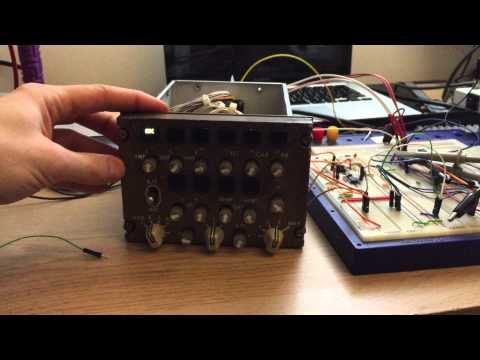