A friend of mine is building a 747 flight deck simulator with the aim of maximum realism. To this end he is using genuine 747 parts interfaced into the simulator software. Most of the switches and indicators on the flight deck are wired up to USB capture cards and interfaced with the multiple simulation servers.

The missing piece of the puzzle was interfacing more complex devices that talk over ARINC 429 protocol. This is where I could help out.

This is a Radio Communication Panel (also known as Radio Tuning Panel). It features 5 frequencies that can be tuned (VHF L, VHF C, VHF R, HF L & HF R). Typically all the ‘L’ are controlled by the pilot, ‘R’ by the co-pilot, and ‘C’ by either, or used primarily for ACARS. There are 3 RCPs in the flight deck that talk to each other over ARINC; it is the comms from RCP L that are being monitored currently.

This is the prototype ARINC to Ethernet converter.

The prototype has 3 areas of interest.
At the top is the part that converts the bipolar return-to-zero ARINC429 signal into logic level SPI signals compatible with a microprocessor.
At the left is the Teensy 3.1 which has been my 32-bit micro of choice for the last year and it is superb. Seriously; forget Arduino.
(Teensy uses the Arduino IDE so its not a big learning curve if you’re Arduino-aware)
Finally on the right is the WIZ820io module which makes it incredibly easy to add Ethernet support to your projects.

##Challenges encountered with this project 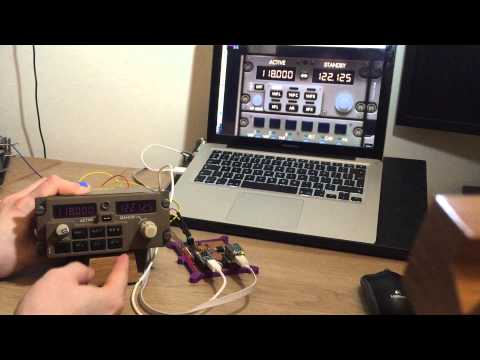 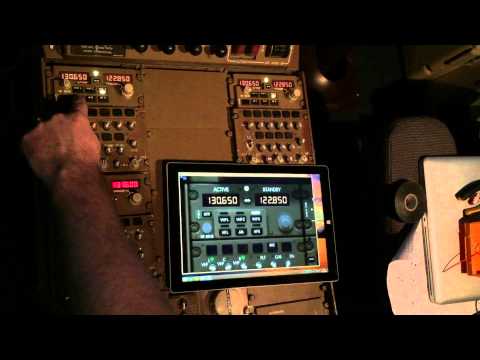 This project took 2 weekends to do and was extremely satisfying to do. Future plans include interfacing with other ARINC devices and making a PCB.

The whole project has so many layers of insane, I can only approve.

It is an interesting project !

One question, why don’t you link directly the SPI signal to the Ethernet interface which seems to accept SPI ?
What is the goal of the Teensy ?

Ethernet interface doesn’t contain a programmable MCU so the Teensy acts as glue logic between the two devices. The Teensy receives the ARINC data and then converts it into a TCP packet to send directly to the simulator software so no bridging software needs to run on a computer.

Thanks for the repply.

So if I well understand, the teensy read 32bit ARINC429 word on SPI interface then build the TCP packet ?

Is it possible for you to provide the logic of the teensy ?